Skip to content
Apulia Europe Italy
10 May 202010 Września 2020 Jacek Gancarczyk 1 Comment What to see in Apulia, What to see in Italy, The prettiest Italian towns, Puglia

Entering Barletta made us speechless ...

There was complete silence in the car. It was not known what to say. I was looking from side to side and just thinking to myself, man, this isn't really happening.
The eyes could see, but the head could not believe what the eyes could see. The landscape around us resembled a civilization apocalypse. As if the dust has just settled after some cataclysm. The post-industrial, dark apocalypse is exactly like that ...
Where is Barletta? - I thought. It can't be here!
It was. We were in Barletta.

The default access road from the motorway to the city was under renovation. So the navigation took us on a detour through the industrial district. There would be nothing unusual about it, if not for the fact that the industrial district has a monstrous cement plant, a gravel pit, an aggregate processing plant and whatever else you want there. The huge plant belonging to the Buzzi Unicem company processes what it can, and because it is huge, it extends like a separate quarter of the city. Ordinary access streets run between the ugliness of halls and elements of industrial installations.

We came to Barletta in search of beautiful views, an atmospheric old town, romantic, narrow and shady streets, and here we suddenly find ourselves in the middle of probably the ugliest factory in the world, covered with tons of dust and dust. Successive tons of dust swirl in the air and circulate somewhere between buildings, brazenly breaking into every nook and cranny. No wonder the car is silent ...

When, after a few minutes of driving, we managed to leave the industrial district, we breathed a breath. The buildings in front of us became more and more pleasing to the eye, and the dust disappeared. We managed to leave the cement nightmare behind us. We were glad that the romantic Barletta really exists, and what we saw on the way was just a detour of the renovated access road.

Barletta turned out to be a nice town. It has two large sandy beaches, a long promenade along the seashore, a very pleasant old town and some interesting sights not too far from each other. The narrow and narrow streets of the old town create shadows in which it is easy to hide from the scorching sun in summer. You can visit and see everything slowly and without much effort. Walking around the city is very pleasant and you can quickly like it.
The sightseeing route should include the three main attractions of the city: Castle (Castello Svevo), The cathedral (Basilica Cattedrale Santa Maria Maggiore) and Colossus of Barletta. While walking between these attractions you will see a piece of the old town, and if you like it, you can always venture deeper and stay longer.

You can see at first glance that it is a strong and mighty fortress. Its origins date back to the 600th century. For the next XNUMX years, the castle was expanded and strengthened. He kept getting stronger and more powerful. No resources were spared for its expansion. The walls were getting bigger, heavier, more resistant. A moat was built and more walls ... etc. A total of several hundred years of creating various fortifications.

Today it can be said that the castle was never conquered, but it is worth adding that it has never participated in any battle 🙂
Thanks! Several hundred years of construction, improvements, and expansion ultimately did not come in handy.
The largest military event related to the castle took place at dawn on May 24, 1915, in the initial phase of World War I. The Austrian battleship Helgoland opened fire from the cannons towards the castle and hit the north front and the north bastion of the building (San Vincenzo bastion) six times. The attack had no military purpose and was not related to any major military operation. Most likely, it was an act of ordinary military vandalism and stupidity.
The shelling was stopped due to the retaliatory intervention of the destroyer Turbine.
Traces of this event are visible in the walls of the northern side of the castle until today. They did not significantly affect the construction of the castle, so they were left in memory of that event.
Currently, the castle houses a museum, exhibition halls for temporary exhibitions and a library.
Admission to the courtyard is paid.

The cathedral was built in the XNUMXth century and stands on a place where in antiquity (around XNUMXth - XNUMXrd century BC) there was a hypogeum (underground tomb or tombs), which was also a temple, attributed to the worship of Neptune. On the northern side of the church there is a belfry, under which there is a gate that allows you to go from the church side to the castle. Under the gate there are fragments of the cobblestones of the ancient temple.

There are quite a few churches in Barletta. At the tourist information desk, you will receive a map with a suggested sightseeing route, where more than half of the attractions (!!!) are churches. If you are interested in sacred architecture, there will be plenty to do in Bareltta. If you don't have such interests, I still urge you to see at least the cathedral. It makes an impression.

Hearing the name of the monument "Colossus of Barletta" immediately comes to mind the similarity to one of the seven wonders of the ancient world, the Colossus of Rhodes. In practice, the colossus is not as colossal as you could imagine (it is 4,5 m high). Its size is not much different from most bronze statues, and it would not have a chance to compete with the Colossus of Rhodes (perhaps it would reach about half the height between the ankles and the knee ... in this context one could say that it is not a "Colossus" but more Barletta ").

Its strength is not in its size, however, and it is not the size that is interesting in it. When looking at the statue of the Colossus, it is worth realizing that the dowry comes from Byzantium. It was created in the 439th century AD in Ravenna…. and here the eyes open wider. Year of production: 100 AD is impressive. It probably depicts the emperor Theodosius II and was probably erected by Valentinian III (it is still not XNUMX% certain about this).
Unfortunately, the monument has changed legs and arms, thanks to the Dominicans from Manfredonia. In 1309, they asked King Charles II of Anjou for permission to cut off the statue's legs and arms in order to obtain bronze to make church bells ... and the king agreed (!!!).
Less than 200 years later, at the request of the inhabitants of Barletta, the statue received new arms and legs, unfortunately in a different position and style than the original (I guess the new style of legs and arms corresponded more to the canons of art that were in force in the XNUMXth century). During World War II, the statue was carefully hidden from the German army for fear that it would be melted down and used by the German arms industry.
The Colossus of Barletta is locally known more as Heraclius (Colosso di Eraclio), and by some inhabitants affectionately called "Ara".

Below you will find a city map with the main attractions, car parks and the beach marked. On the map I also indicated the direction of the cement plant and aggregate processing plant. In hindsight, I kind of wish I'd stopped and took a few photos. For someone who likes such atmosphere, it can be quite an interesting spot to take apocalyptic photos.
The map also has a marker with the number 4 on the breakwater next to the eastern beach. There is a "trabucco" at the end of the breakwater. A machine typical of this region for catching fish from the shore, without having to go out to sea.

Barletta is a very good place to spend the night comfortably and cheaply. I chose 3 suggestions for accommodation in Barletta. All three have almost the highest level of customer ratings and very attractive prices. The prices shown in the pictures include the total price of accommodation for two people for one night. Some of them also offer breakfast for this price. If you are traveling like us, frequently changing your accommodation and need a comfortable, clean and cheap accommodation, then seriously consider an overnight stay in the Barletta.

check the current price of accommodation in Il Muretto - [click] 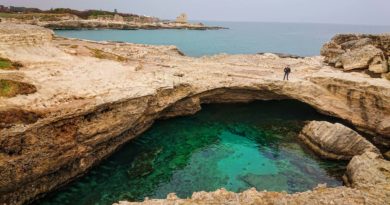 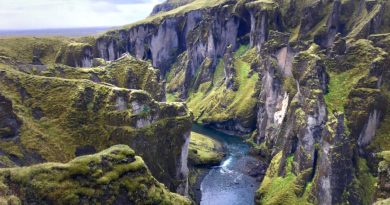 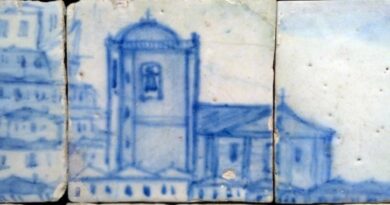