St. Magdalene was built twice and it went through a lot before it turned from a church into ... a church again.
The rapid development of Paris entailed inevitable changes. The new church was to replace two smaller temples that used to stand here. A design of a new temple was created on the plan of the Latin cross. The project was approved in 1764, and King Louis XV laid the stone for the construction.

Thirteen years later, the chief architect (Pierre Contant d'Ivry) died, and his successor had a completely different idea and decided to change the design. From now on, the main outline of the temple was to take the shape of a Greek cross (and not as in the original Latin design), it received a larger dome and Corinthian columns at the entrance.

During construction, the French Revolution broke out. Construction was suspended, the construction site was divided into plots and rented to private tenants. In the meantime, new plans were made to complete the construction and change its functions. It was supposed to be a library, an opera house and even the seat of the National Convention.
Eventually, Napoleon Bonaparte issued a decree that the building would be a temple to the glory of the French army. Construction was resumed and began with the demolition of everything that had been built so far. The new construction was going quite well, but history has made a sharp turn again.

… And after the revolution

After the fall of Napoleon (1814), the time of the Bourbon Restoration began, i.e. the return of the Bourbon dynasty to the throne. The temple to the glory of the French army was almost ready. Only decorating work remains to be done. Louis XVIII then came up with the idea that the building would be a temple expressing regret for the deaths of Louis XVI and Marie Antoinette.
So the building was demolished and built from scratch during the French Revolution and the reign of Bonaparte to worship a person who was knocked off the throne by the revolution and the guillotine beheaded?
Admittedly, it was an excellent idea to symbolically humiliate the Revolution. The imposing, monumental building would be the perfect symbol of the Bourbons' triumph.
Unfortunately, the financial situation of Louis XVIII did not even allow him to complete the decorating works, and eventually the idea of ​​a new function for the building collapsed, and history made another twist.

The July Revolution, lasting three days (July 27-29, 1830), broke out. The current king (Charles X) fled to England in female disguise. The new king, this time no longer the king of France, but the king of the French, or, as it was said, the citizen king, Louis Philip I was elected.
The new king was reluctant to continue the construction of the temple, because he associated it with the removed from power Bourbons. As if he had forgotten that it was built during the French Revolution and Bonaparte, and that he himself comes from the side line of the Bourbons (his mother was Maria Adelaide de Bourbon).
Driven by his reluctance, he came up with the idea of ​​making the building a railway station. The idea was never implemented and eventually the king agreed that the building should serve as a parish church, but it was not possible to raise it to a higher rank.
In 1842, the building was consecrated and still serves as a church.

Completely crazy and crazy story for one building. Admit it!

With the church of St. Magdalene is related to the fate of two outstanding Poles: Fryderyk Chopin and Adam Mickiewicz.

On October 30, 1849, the funeral mass of Fryderyk Chopin was held here. Real crowds came to the funeral, and only three thousand people, holders of special invitations, entered the temple. After the mass, a crowd of thousands of participants, led by Prince Adam Jerzy Czartoryski, escorted Chopin to the Pere-Lachaise cemetery, where he is still buried today.
Due to the size of the ceremony, problems arose with the implementation of the funeral (large funds were needed for its implementation). The money left behind by Fryderyk turned out to be insufficient and the artist's sister, Ludwik, had to take out a loan for this purpose.
The loan was repaid with the funds obtained at the auction of mementoes of the deceased.
As requested by the artist, his heart was transported to Poland. In a special urn, it was embedded in the pillar of the Church of St. Cross on Krakowskie Przedmieście.

Just over five years later (January 21, 1856), the funeral ceremony of another outstanding Pole, Adam Mickiewicz, was held in the same church. After the ceremony, the poet's body was taken to the Les Champeaux cemetery in Montmorency, located about 17 kilometers from Paris, known as the "Polish cemetery" or the "pantheon of Polish emigration".
Les Champeaux in Montmorency is currently the largest Polish necropolis in France (276 graves), and among others,
- Julian Ursyn Niemcewicz
- Cyprian Kamil Norwid
- Adam Mickiewicz
- Prince Adam Czartoryski
- count Władysław Zamoyski
- Helena Paderewska (wife of the composer and Prime Minister Ignacy Paderewski)
- Kazimierz Sosnkowski (Commander-in-Chief of the Polish Armed Forces during World War II)

With the funeral of Mickiewicz in the church of St. Magdalena has one more interesting story connected with a scandal. Before the ceremony, Captain Franciszek Jaźwiński made a kind of attack on General Władysław Zamoyski, hitting him with a wooden stick, held firmly in his hand, then quickly left.
Some saw the attack in this incident, others mentioned revenge. As it usually happens in such situations, there were rumors that Mickiewicz did not die of cholera at all, but was poisoned with arsenic, which was to involve Zamoyski himself.
In fact, in this way, Jaźwiński expressed his anger for the debt that Zamoyski had with him, who did not pay Jaźwiński his pay for his service in Turkey.
Cyprian Kamil Norwid, who was present at the funeral, wrote the poem "The Spirit of Adam i scandal" after returning from the funeral. In it we find echoes of this incident, which in norwid's poem is called “a national disgrace”.

1.
Here is the one who is prideful
A coffin was turning black inside the church,
He is risen in the Word -

2.
And «let's love each other!» having pronounced at death,
After her death, she still hides in her womb
Household disgrace.

And on Emmaus going he says,
How this scripture is interpreted vaguely
That the laurel is thorns.

I wrote after I returned from Adam's funeral
Mickiewicza 1856 in Paris.

To facilitate the search for accommodation, I will present here some interesting (in my opinion) proposals. Don't consider them "just the best". They are an interesting proposition and can be a good choice or a good starting point for further research. Clicking on any of these hotels will take you to the offer details and (perhaps even more importantly) will display a list of similar offers. Thanks to this, you will immediately gain access to a list of interesting accommodation in the center of Paris, which you can then filter and browse according to your preferences. 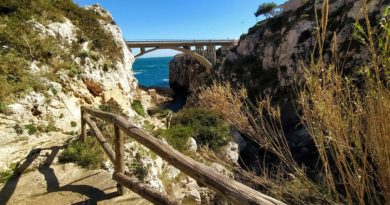 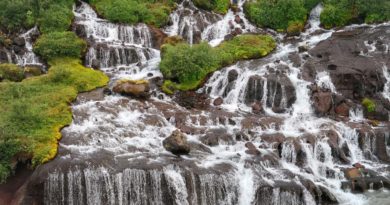 Hraunfossar - the strangest waterfall in the world. Map, parking, sightseeing 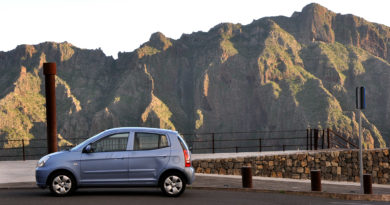