… Or maybe an excuse? Does not matter. The effect is that one event changed the course of European history and plunged it into a war for thirty years.
Let's imagine that we are in Bohemia and it is the year 1609. The King of Bohemia, Rudolf II Habsburg, proclaims religious freedom that guarantees freedom of religion (Europe is then divided mainly between Catholics and Protestants). Two years later, Maciej Habsburg, who followed him, ceased to respect the principles of equality and discriminated against Protestants more and more.
May 23, 1618 an unusual situation occurs in the Prague Castle. Czech Protestant MPs outraged by Maciej's policy they throw two imperial governors and a secretary out of the dining room window.

Curiosity:
The imperial officials thrown from a height of several meters (from the eye of the castle) ... did not suffer any injuries!
By a twist of fate, they were thrown from the dining room window. They fell to the top of the compost, which was formed there from food scraps thrown through the same window after feasts.

This event became the immediate cause of the Thirty Years' War, which brought all the major powers of Europe into conflict. The Catholic Habsburgs stand on one side, and the Protestant states of the Holy Roman Empire on the other, supported by several European countries (including Sweden, Denmark, the Republic of United Provinces, France).

In practice, the war that began with religious differences quickly turned into a political war with the Habsburgs. Their enormous influence in Europe was not beneficial to other countries, and the war was a perfect excuse to weaken them.
The Thirty Years' War ravaged Europe. Over 8 million people died (conservatively estimate). Most of them were civilians. In some German territories the population dropped by as much as 50%.
It all ended in 1948 with the signing of the Peace of Westphalia.
What do the churches have to do with all of this?

If it weren't for the war, there wouldn't be Churches of Peace

The war was over, but people of different faiths stayed and continued to live close together. After the signing of the peace, Catholic Emperor Ferdinand III Habsburg, under pressure from Protestant Sweden, had to take this into account somehow (with the outbreak of the war, Protestants were deprived of the right to freely profess Lutheranism and celebrate services). Of course he did, but very reluctantly. He allowed the construction of three Protestant temples directly subordinate to his authority, in the principalities of Jawor, Głogów and Świdnica. He set a few conditions which (according to his belief) were to guarantee that the temples (if they would be built at all) would last for a very short time and would fall apart almost under their own weight, at the first bigger gust of wind.

So what were the conditions of Ferdinand III Habsburg?
- churches could be built only from perishable materials. Only straw, clay, sand and wood could be used for their construction
- churches could only be built outside the city limits, but not more than a cannon shot from the city walls
- they could not have the traditional shape of a temple, no towers or bells
- must be completed within one year
- no parish schools could function there
- Protestants were to finance their construction on their own

Probably the emperor was surprised when all three temples were completed less than a year after the construction began.
He would probably be even more surprised today if he saw that two of the three built (in Świdnica and Jawor) have survived for over 360 years and are doing well.
The third one (in Głogów) had double bad luck. In 1654 it was destroyed by a hurricane, and after being rebuilt in 1758 it burned down in a great fire in the city.

In 2001, both churches were inscribed on the UNESCO World Heritage List.

Church of Peace in Świdnica

It was built at the turn of 1656 and 1657 and as we can find out from the official website of the church, it is the largest wooden, baroque temple in Europe.
It was built on a Greek cross plan, which had a positive effect on the stability of the entire structure.
The skeleton of the structure is made of thick poles and wooden beams set at right angles to each other. The spaces between the beams are filled with a mixture of clay and straw. The relative position of the beams is stabilized by their appropriate shape, thanks to which the structural elements lock themselves against each other under the influence of their own weight and forces acting on them. Some connections are additionally stabilized with wooden pegs. Not a single nail was used to build the church.
Beautiful, perfect and deeply thought-out carpentry work of the highest level.
The arrangement of the timber frame structure is visible from the outside in the form of a characteristic truss.

The belfry next to the church and the Protestant school were added later (in 1708) under the pressure of the Swedish king, when the situation of the Protestants was slightly better.
The interior of the church is dizzy. The contrast that creates the external, modest appearance of the church with an unusually richly decorated interior, additionally enhances this impression. Big eyes and open mouths of visitors are not unusual here. I noticed that some of the visitors even stop at the threshold of the temple's interior and only go on after they get used to the stunning view a bit.

If before entering the church, being an exceptional malcontent, you can try to ask yourself why the church is on the UNESCO list, then after entering the church, such a thought will probably not cross anyone's mind.
The most spectacular are: the main altar and the pulpit. It is difficult to describe them. You have to see it.
Along the walls of the church, on both sides, there are galleries, where there were boxes for the most privileged believers. Some lodges were permanently assigned to specific families. The most impressive is the lodge of the Hochberg family, which was built in gratitude for donating oaks for the construction of the church.
The galleries are entirely covered with paintings illustrating the meaning of the biblical quotations written next to them.

Visiting the Church of Peace in Świdnica

Church of Peace in Jawor

This is the second of the Churches of Peace that have survived to this day. It was built in the years 1654 - 1655, i.e. a little earlier than the Church of Peace in Świdnica. Of course, it was subject to the same limitations.
As a rule, its structure is almost identical to that of the church in Świdnica, so I will not describe it again.
Are the two churches different? Definitely yes! The interior of the church in Jawor is (so far) almost not renovated. Entering it you almost get the impression that we have moved back in time. Virtually all equipment and pieces of equipment are still waiting for the skilled hand of the conservator. You get the impression that only recently someone has removed pieces of equipment blocking the passage to the wall.

One walks around the church touching a real history, often covered with thick dust. The impression of authenticity is so amazing that after visiting both churches, the one I would like to return to in the first place would be the church in Jawor. Its naturalness captivated me. It will probably be renovated soon, because the work is ongoing, but my impressions from this first visit will probably remain forever.

The fact that both churches are different means that I do not recommend that you give up visiting either of them. Each of them has a unique charm and I can't imagine not seeing both. Choosing only one of them will always mean a huge loss.

Visiting the church in Jawor

November 1 - March 31
Visiting is possible for groups (min. 6 people) after prior notification by phone or e-mail - min. 1 day before the planned visit. 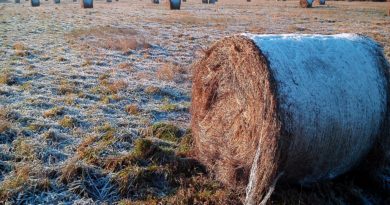 Warzymice - here a new housing estate will soon be built

One comment on “The Church of Peace in Świdnica and Jawor - interesting facts, visiting, opening hours"