Skip to content
Apulia Europe Włochy
5 Września 2020SEPTEMBER 31, 2021 Jacek Gancarczyk There are no comments What to see in Apulia, What to see in Italy, The prettiest Italian towns, Salentin Peninsula, Apulia

Why go so far?

Santa Maria di Leuca, in short Leuca this is where the land ends. It is the southernmost part of the Italian heel, i.e. the salentian peninsula. There is only water beyond.

Is Leuca full of unusual tourist attractions? Rather not, although it really all depends on the personal preferences of the traveler, because the lack of spectacular monuments does not mean that it will be boring or uninteresting.
We were going to Leuca mainly to stop at the end of the land. I like this feeling when I reach somewhere where it is impossible to go any further, where is the end, or maybe the beginning of something ... hours. We were just sitting on the rock, at the very end of the rock, warm air blown us, warm the sun (it was February, so 22 degrees Celsius, the sun and warm wind acted on us as a medicine for Polish winter darkness). We ate the pleasant circumstances with breakfast purchased in a nearby store. Fresh, crispy buns with olives, with several types of cheese, cut into thin slices, rolled in paper ... The owner of a small, local grocer offered to cut us a thin sheet of cheese from a few large circles, so that we could try the ones he appreciates the most .
And so we sat eating. Long minutes without a single word. The flavors melted in our mouths, and our heads were not occupied with any thoughts ... Lazy, Italian time probably stopped even for a moment ...
That's why we went to the end of the land ... to stop. But in order not to be that there is nothing else in Leuca except a grocery store and a piece of rock! Not only does something end here, it is also where something begins!

1. The beginning of the way of St. Peter

There is no certainty as to the exact date, but how do the historical sources of St. Peter (then the Apostle Peter) came from Palestine to Rome in the first half of the 33st century AD (it is assumed to be XNUMX AD).
He came from Palestine to the mainland from the sea, and after landing, he made his first step in Leuca. Here he made his first prayer and then set off towards Rome.
As announced by Jesus Christ, he founded a Catholic Church in Rome and became the first Bishop of Rome, i.e. the Pope.
In the square in front of the Basilica of Leuca, there is a Corinthian column commemorating the arrival of St. Peter and the place of the first prayer. This is how the process of Christianization of Italy began.

The basilica was built in 1755. The pre-existing temples here were razed to the ground many times for various reasons (around 340 AD, to build a new Christian temple, then due to repeated invasions by Saracens and Turks). It was rebuilt each time. In the same place, there was originally a pagan temple dedicated to the worship of Minerva. This is confirmed by the unambiguously preserved Latin inscription on the altar:
"Ubi olim Minervae Sacrificia offerebantur hodie oblationes Deiparae recipiuntur"

which in a slightly clumsy translation means:
"Here, where once offerings and gifts were made to Minerva, today the offerings are received by Maria"

Below: panoramic photo taken in the square in front of the Basilica of Santa Maria de Finibus Terrae. In the middle of the square there is an obelisk commemorating the first prayer of the Apostle Peter, on the right a lighthouse. You can zoom in on the photo and rotate it around its axis.

3. The boundary of two seas

At the height of Leuca, the waters of two seas meet: the Adriatic Sea and the Ionian Sea. With a bit of luck, under favorable conditions, standing on the southernmost point of the land, you will be able to observe the border where the waters of the two seas merge. They differ slightly in color and when you manage to notice the border, it will become clearly visible to you. The actual color difference is the result of the meeting of two sea currents: the Gulf of Taranto and the Canale d'Otranto.
Please note the photo below. It clearly shows that the waves on the left side of the photo are flowing to the right, and the waves on the right side are flowing to the left. They meet and mingle in the middle, where the sun shines through the photo. Here was the boundary of the separation of the waters of two seas. Here we sat staring and eating our breakfast from the start of the entry.
GPS coordinates to help you reach this place are placed at the bottom of the post.

I read about her everywhere: beautiful. Hmmm… what can I say? Beautiful is definitely too big a word. A nice, simple lantern. Setting up, well, something beautiful, and your knees will soften will end in disappointment.
From the statistical data, I will only add that it has been operating since 1866, emits three beams of light visible from 40 km, and until 1937, before it was switched to electric power, it was powered by oil.

5. The end of the longest aqueduct

Puglia has always been considered an extremely barren land. Water scarcity (basically no natural freshwater reservoirs), high temperatures and a huge amount of sun all year round create conditions in which it is difficult to imagine the functioning of any vegetation. In this respect, the olive trees (some more than 2000 years old) that grow here are truly amazing. But man is not an olive tree and needs constant access to water.
The radical change came at the beginning of the 2000th century. Yes Yes! It was only the XNUMXth century that brought relief to this sun-scorched land. As early as the first century BC, the southern Italian-born Horace wrote about this earth that the need for water was about the size of "a thirst that reaches for the stars." He did not know that water in Apulia would have to wait for almost XNUMX years.
In 1906, one of the largest construction projects in the world at the beginning of the XNUMXth century began: the Apulian Aqueduct.
The plan was to obtain water from the Sele River and transport and distribute it through aqueducts throughout Puglia. The Sele River lies on the western side of the Apennines, so the initial section of the aqueduct was to pass through a 15 km tunnel, allowing water to be transported to the other side of the mountain range, and then through a pipe system (a total of 1600 km of pipes) to towns and cities throughout Apulia.
The whole thing was to be finished in 1916, which was very likely because Mussolini himself was very deeply involved in the project. Unfortunately, Italy's involvement in World War I caused a considerable delay in construction and the project was finally completed in 1939 (although fresh water had already flowed to Bari in 1915).
Mussolini was proud of his build. So he ordered the builders to design and make an effective ending of the aqueduct, so that it would also become a spectacular building commemorating this project. The aqueduct ends in Lecce, next to the Basilica of Santa Maria de Finibus Terrae and the square commemorating the arrival of St. Peter. The end of the aqueduct is in the form of a huge waterfall, which flows down into the sea. At the bottom of the waterfall, a stone commemorative column was placed, which Mussolini had brought directly from Rome. Water does not flow continuously through the waterfall. It is only turned on when there is such a technical need or on the occasion of some special event.
The Apulian Aqueduct is currently 2189 km long (including its branches), passing through 99 tunnels and 91 bridges, it provides water to over 4 million people in 285 cities, towns, and villages throughout Apulia.

Leuca - map of city and attractions

Visiting Leuca is trivial and not exhausting. Virtually all of the above-mentioned attractions are in one place. You only need to get a bit to get to the Punta Ristola headland, which is the southernmost piece of the Italian heel, and at the same time the best point to observe the phenomenon of the merging of the waters of two seas.
The location of all the attractions described above can be found on the map below.

Accommodation and hotels in Leuca

First, a general link. This is the link to all offers in the city of Leuca.
- Leuca - accommodation and hotels on booking.com - [click]

Below I present a few selected offers that may interest you. Here you will find an example of a typical, cheap budget offer, but also more comfortable, at an attractive price holiday home offer. It's worth taking a look. 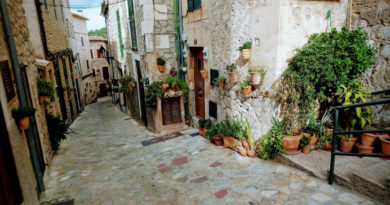 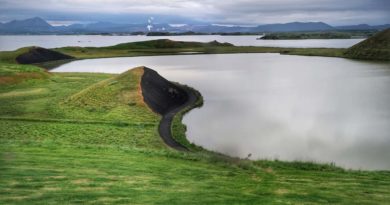 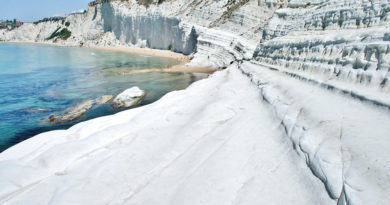 The Smoking Bay It all started here. It is Reykjavik that is considered to be the first place on the island that was inhabited by

Hvalnes - a vantage point on a rocky promontory