Skip to content
Europe Sicilia Italy
June 25 2019November 17 2020 Jacek Gancarczyk 2 comments What to see in Sicily, What to see in Italy, UNESCO World Heritage List, The most beautiful towns in Sicily, The prettiest Italian towns

It took only 4 minutes.
Short.
It was enough, however, to turn the centuries-old city into a chaotic rubble.
In the evening of 9 (or 11 - there are discrepancies in this topic) January 1693 year, seismic shocks of magnitude around 7.4 magnitude, without respect for history and tradition swept through the city and the surrounding area. They destroyed as much as they could. They affected 49 towns in total.
However, the blow inflicted on Noto by nature was so strong that the inhabitants' work on removing rubble from the city revealed an increasingly desperate picture of the effects of the earthquake. Finally, a decision was made based on the extent of damage known on the reconstruction of the city ... in a new place, 8 km away.
The current city has gained a new name: Ancient Noto and in the form of debris they can still be seen today. Below are some links to views and locations in Noto Antica. See and rate yourself if you want to visit and see this place live.

Camastry Giuseppe Lanza, who was responsible for overseeing the reconstruction of all 49 victims of the earthquake, decided to build the new Noto. The decision was made under the influence of the current city planner of Noto, Giovanni Battista Landolina.
Landolina with the support of a group of architects began the implementation of the "ideal city" project, inspired by the architecture of Vienna and Paris.
Baroque architectural thought assumed the construction of a city with an urban layout reflecting the social structure. At the very top were palaces of aristocracy. In the center of the lower part was to be the cathedral, as a symbol of religious life, which should be the center of human life. The periphery was intended for the poor.
A place was chosen for the construction of the new city which, thanks to its shape, was conducive to the implementation of the plan.

Virtually everything in Noto is made of stone. The weight of this stone feels overhead when walking. On the small area there are so many large, massive and heavy stone buildings that it seems as if the earth could barely carry them all. The royal character of the building strikes the eyes immediately and you can see here the inspiration of the most monumental buildings of Vienna and Paris. Strolling along the streets of Noto, it's hard to imagine that 17th-century builders and residents built this city from scratch in just a dozen (!!!) years.
In 2002, the city was inscribed on the UNESCO World Heritage List.
By the way, it is worth mentioning that the building material it is yellowish tuff he was chosen not by chance. It is a volcanic rock that takes a specific color when exposed to the sun's rays. The change in the color of the sun's rays before and during sunset is reflected with particular charm in the facades of buildings, assuming a color from honey-yellow to pink in the final stage of sunset. It is worth giving yourself some time, especially at sunset, to observe this spectacle, the more that the buildings are specially designed and located so that the impression is as large as possible.

An unfortunate coincidence in 1996 due to mistakes made during renovations and neglect of previous years the dome of the cathedral collapsed, vault of the nave and partly south nave. Fortunately, this happened late at night when no one was inside, so no one was hurt. There is no trace of the disaster today.

Sightseeing and sights of Noto

The basic skeleton of the city consists of 3 parallel, long streets, connected by perpendicular streets. The main walking route runs along Corso Vittorio Emanuele, which is closed on one side by the magnificent city gate in the form of an arch (Porta Reale), and on the other by a picturesque square with a fountain (Fontana d'Ercole).
I marked the basic walk path on the map below. On the walking route there are all the most important attractions of Noto. Access to the walking route marked directly on Google Maps, which you can enlarge, edit or simply start in the phone navigation you get by clicking on: link to the walking route around Noto - [click].

Noto is one of the points I developed for visiting Sicily containing detailed sightseeing maps, information about attractions on the whole island with GPS coordinates for car navigation. If you want to visit Sicily, make sure to read this entry: Sicily - tourist attractions, sightseeing, monuments, map, car rental, vacation. Guide.

This is the entrance gate to the historical part of the city. The gate in 1838 was built at the expense of the Marquis Cannicarao and commemorates the arrival of King Ferdinand II of Bourbon to Noto.

The church of San Francesco with the adjacent building was once a natural connection between the church and the monastery. Currently, the University is located in the building of the former monastery.

Currently, the building serves as the city hall, and its name comes from the city's founder: Ducezio, born in 488 BC. The building was inspired by 17th-century French palaces.

Roman Catholic baroque cathedral. Its construction was completed in 1776. In 1996, due to mistakes made during renovations and neglect of previous years, the cathedral's dome, the vault of the nave and partly the southern nave collapsed. The renovation lasted 10 years.

It was built as a private noble house of the Nicolaci family. Has 90 rooms. Today, the owner of part of the palace is the city of Noto. This part now houses a library with collections of Spanish and Latin manuscripts. On the facade of the building there are characteristic, richly decorated balconies.

Street leading to Nicolaci Palace and Chiesa di Montevergine. Every year on the third Sunday of May, Infiorata or a flower festival takes place here, during which the entire surface of the street (122 long and 7m wide) is covered with a carpet of flowers, creating floral paintings. The impression is amazing what you can see in the pictures available here - [click]

The church of Montevergini is a characteristic building with a concave facade, which is located at the end of Via Corrado Nicolaci. The two bell towers seen from Via Corrado Nicolaci together with the richly decorated balconies of the Nicolaci Palace create a spectacular view.

The church of Chiesa di San Carlo al Corso has a three-story facade. Each of them is made in a different style: Doric, Ionic and Corinthian. The bell and the main altar come from the Jesuit church of Noto Antica, destroyed in the earthquake.

The church was built as one of the elements of the Dominican monastery complex, who lived in the Noto Antica destroyed in the earthquake. The facade has two floors, the first Doric and the second Ionian. The central part of the facade is convex. The former monastery buildings were largely rebuilt and now houses a school.

The Hercules Fountain was created in the 1756 year, made by the Catalan artist Orlando. It is located on the square, often called Piazzale Ercole, or Square of Hercules. The fountain represents Hercules after killing the Nemean Lion, whose skin could not pierce any blade. One could only strangle him.

How to get to Noto

The town is small, so there is not much parking space. Below are the details of the paid public parking near the city gate Porta Reale.

In Noto, a lot of parking spaces are located on one-way streets. However, it should be remembered that (as everywhere in Italy) free and accessible parking for everyone are only those parking spaces that are marked with white lines. If there is no space in the public parking lot, you should turn around the streets around the center of Noto and look for free space on the street.

By train to Noto

Noto has direct rail connections with the main cities on the island. So it's easy to get to it by rail. Train tickets can be bought online. Sample ticket prices and links to the shopping page on sample routes are provided below. The site where you can buy tickets has a Polish version, and the prices are identical to those at the ticket office at the train station.

Sleeping in Noto is a good idea, because the city at sunset looks the most beautiful, and accommodation is not expensive even in summer. So let's stay here overnight to get a chance to see Noto at the best evening time of the day.
Current prices of hotels in Noto are visible on the map below. Above the map there is a search engine in which you can enter the date of accommodation planned by you and see prices in the time you are interested. If you book well in advance, the prices may be much lower than those shown on the map below. I recommend checking out. 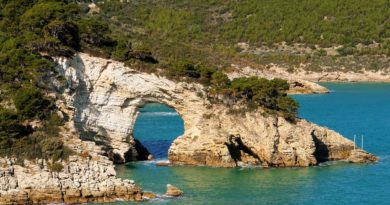 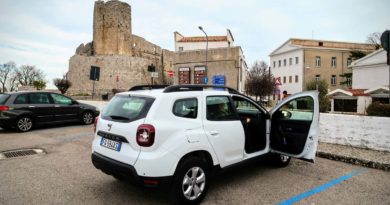 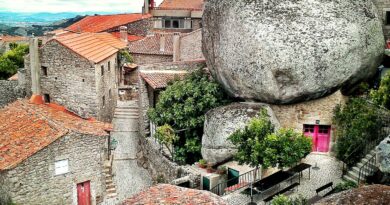 2 comments for "Noto - Sicily: a baroque pearl from the UNESCO list and the most important 4 minutes in the city's history"