Hard to say. It doesn't really matter. 540 years have passed and in Otranto no one has forgotten it. He will probably never forget.
Turkish Sultan Mehmed II he was convinced that it was his destiny to rule the world. With his conquests, he earned the nickname for a long time: Zdobywca.
Constantinople fell before him, and it was time to move on: Rome. The heart of the Christian world. The time has come to deliver the decisive blow to the infidels, from which Christian Europe will no longer recover.
It was a good time. In August 1480, Italy was divided and engaged in an internal conflict. On one side, the kingdom of Naples with the Papal States, and on the other, Venice, Florence and Milan. There was no question of uniting and fighting against a common, external enemy.
The attack was to take place in two directions. One of them was Brindisi.
The Turkish fleet was huge: 90 galleys, dozens of smaller vessels filled with armed forces… in total 18 thousand (!!!) people. By chance or by destiny, the Turkish army landed near ... Otranto. Almost 50 nautical miles closer than it should be.
Due to the strong winds, the fleet, led by Gedik Ahmed Pasha, was unable to continue.
The Turks demanded the surrender of the city. Count Francesco Largo, commanding the defense, rejected the terms of the surrender, although he probably realized that the 400-person castle crew had no chance against the Turkish army.

After less than two weeks of fighting, on August 12, the Turks captured the citadel and murdered all the still living defenders. Some of the city's inhabitants took refuge in the cathedral, and it was here that the most dramatic events took place. Archbishop Agricolo was beheaded at the altar, Bishop Pendinelli and Count Largo were sawn alive, old men and young children were cut off. Older children and young women escaped death. The galleries were taken away and sold at the slave market. There were over 800 men between the ages of XNUMX and XNUMX left. They were given the choice of converting to Islam or dying.
They chose death.
Two days later, on Minerva's hill outside the city, everyone was beheaded.

Otranto was occupied for 13 months. At that time, Turkish troops attacked Vieste, Taranto and Brindisi, but did not have any significant success. Supply shortages forced the Turks to withdraw most of their troops to Albania. 800 infantry and 500 cavalry remained in Otranto. A coalition of united (briefly) Italian states recaptured Otranto in August 1481. Only 300 inhabitants of the city survived the occupation.
The remains of 800 executed men were collected and placed in the glass cases of the cathedral's side chapel Santa Maria Annunziata in Otranto. Behind the altar there is a "martyrdom stone" on which the men were beheaded.
Over 500 years later, on February 11, 2013, at the historic consistory for the Catholic Church, Benedict XVI announced the decision to canonize men ... and the consistory was historic, because it was then that the world learned about Benedict XVI's resignation from papal ministry.

Below: panorama from the inside of the cathedral with visible glass cabinets in which the remains of 800 executed men are buried. You can zoom it in and rotate it around its axis.

Otranto is tiny. Visiting it is quick and pleasant. You don't have to travel long distances and everything is close together. This is especially important in summer, when temperatures well above 30 degrees Celsius do not help with active sightseeing. In addition, the narrow streets of the city provide some shade and respite from the sun.

There are several must-see places in the town. I marked them on the map below, but in practice you will not need the map. A glance at the one below is enough, and the streets in Otranto will take you wherever you need to. The numbers on the map correspond to the numbers next to the descriptions below.
Two objects did not fit on the map:
- Torre Pinta Hypogeum - interesting and little known site, located approximately 1,5 km from the historic center of Otranto. See the description below for GPS coordinates to the hypogeum.
- Bauxite quarry - bauxite opencast mine, with a small lake inside the open pit and amazing colors of the earth (insane shades of red). GPS coordinates in the description below.

You will find a list of tourist parking areas in the vicinity of the historic center of Otranto with GPS coordinates for navigation at the end of the entry.

The castle was built at the end of the XNUMXth century. Then it was rebuilt many times. Originally it had the shape of a quadrilateral with four round towers. It currently has three towers, and most sources say it is pentagonal ... but I can't see the pentagon here. Just take a look at its shape as seen from a bird's eye view. I have outlined its shape in the picture below.
The castle is entirely surrounded by a deep moat. The inner courtyard has retained the original shape of the quadrilateral.

Cathedral, built in the 1480th century. It was seriously damaged during the invasion of Turks in 800 (the Turks organized a stable in it). It contains the remains of XNUMX men lost during the Turkish invasion, and the "martyrdom stone" on which the men were beheaded, displayed in glass cases.

The church was built around the XNUMXth - XNUMXth centuries (the exact date is unknown) and is one of the most important monuments of Byzantine construction art in southern Italy. Built on a square plan, with a Greek cross inscribed in its shape. Inside, it has three small naves and a central dome supported by four columns. On the walls there are beautiful, Byzantine frescoes from the XNUMXth - XNUMXth centuries. You must absolutely see this!

Hypogeum is, in short, a circular underground room serving as a tomb or place of worship. Hypogea arose from the Stone Age to Roman times. Torre Pinta Hypogeum it is specific because it has the shape of a cross. Four corridors form the arms of the cross and indicate the four directions of the world. The three short arms of the cross point west, east, and south. The fourth, longest arm of the cross is 33 meters long, its end extending outwards and pointing to the north. The corridors connect in an oval room, the top of which is open to daylight.
Inside, apart from hundreds of well-arranged funeral niches, there is also a cremation oven.
The Torre Pinta Hypogeum was discovered quite recently, in August 1976.

Below: panoramic photo of the central part of the hypogeum where the four arms of the cross join. You can zoom them in and rotate them around the axis.

Interesting place, especially in sunny weather. The shades of red that the earth has here are amazing. If you have half an hour of time, it is worth spending it on visiting Cava di Bauxite (located about 3 km from the center of Otranto).

Below: panorama from the bauxite mine. You can zoom it in and rotate it around its axis.

Otranto is usually crowded during the summer season, and the beach in close proximity to the center is crowded. However, it is enough to drive away a bit from the city and it becomes definitely loose and pleasant.

Below, there is a view of the beach, 3 km away Spiaggia di Baia dell'Orte, and GPS beach coordinates for input into car navigation.

Below: panoramic photo of Spiaggia di Baia dell'Orte beach. You can zoom them in and rotate them around the axis.

Hotels and accommodation near the historic center are more expensive than even those located a short distance from it. Below are some suggestions that you may like. They can also be a good starting point for further research.

Exclusive holiday home with an area of ​​100m2, with two bedrooms and two bathrooms. To the center of Otranto - 750m.

Highly rated, quadruple room at a great price. Per person, you can't find a cheaper one. An excellent proposition for a budget trip.

A spacious and comfortable apartment with two bedrooms, a kitchen and a bathroom. 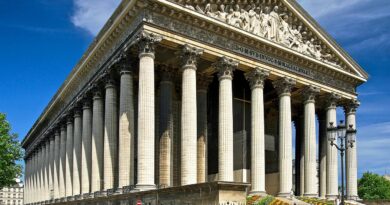 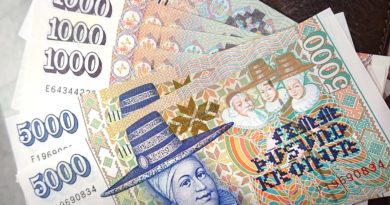 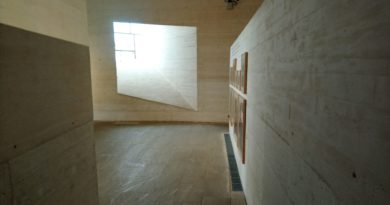