Sicily is a large island and the climate is not uniform. Closer to the shoreline, the climate is milder. The deeper the island, the greater the temperature differences and the colder the winters. Etna is a separate matter, where winter sports enthusiasts reign for several months, and snow remains almost until mid-May.
There is another division in Sicily: the northern and southern parts of the island. The south is definitely hotter and the north a bit milder.
If you like really high temperatures, choose summer in the south of the island. 40 degrees Celsius is not uncommon here, especially because the hot air often comes straight from the Sahara desert.
Slightly cooler, but still hot in the summer in the north of the island.
Similar differences also apply to other seasons. The south is always slightly warmer than the north.
In the table below you will find information on average daytime and nighttime air temperatures, sea water temperature and the expected number of rainy days. I must point out that rainy days do not mean that it rains all day. In summer, rains are usually short, but the closer to winter, the longer and more intense the rainfall may be.
In practice, it looks like that when we were in Sicily in the middle of winter (exactly in February) there was not a single day where it would rain all day. If it rained shortly.
On the other hand, when the sun came out, we immediately got rid of the outer layers of the clothes and we gladly walked with a short sleeve. Anyway, the pictures that you will find next to the entries from Sicily clearly show how the weather looks like in February, because they were created at that time.

It can be safely assumed that the summer in Sicily lasts 4 months. Unfortunately, one of the summer months can be removed from the plan of potential dates and then avoid going to Sicily. This month is not recommended ... August!
Yes Yes! August! If only you can do not go to Sicily in August.
First of all, there is the greatest heat and the perceptible temperature reaches even 40 degrees and there is no rescue from nowhere.
Secondly, the Italians have compulsory leave at that time (most companies are closed in August in Italy) and the nightmare is therefore crowded. It's just everywhere on the bus during rush hour.
Thirdly, because of the number of people there is a sudden and radical increase in prices.
Rest in July is more pleasant (definitely fewer people) and cheaper. Although it is hot almost like in August, but some like the heat. So if you choose to go on vacation, July is definitely better than August.
What about June and September? I will say briefly: these are the two coolest summer months to come to Sicily. The temperature around 30 degrees, warm sea, attractive prices and a feeling of freedom when it is not crowded. You will find peace and quiet easily. The summer in Sicily is the coolest in June and September. Definitely!
Rainfall in June, July and August is almost non-existent (most often as short-lived storms). A few days when it rains can happen in September.

Autumn in Sicily is surprisingly warm and pleasant. There are several rainy days during the month, but the temperatures are extremely pleasant. For us (i.e. people from a moderate climate zone) these temperatures are very comfortable. If you do not like hot weather, autumn in Sicily will be the perfect time for you. The beginning of autumn is temperatures around 20-25 degrees Celsius. By the end of December, the temperature drops to 15-20 degrees. It's still warm.
You can sunbathe and swim in the sea until the end of October.
Needless to say, the prices in this period are very attractive and the tourist traffic is low.

January and February are the winter period, although in fact only January can be treated as a typical winter month. The weather, of course, has nothing to do with winter as we know it in our country. The temperature during the rule day is around + 10 to + 15 degrees. It rarely falls below + 5 degrees at night.
In practice, when we were in Sicily in mid-February, we walked in short-sleeved T-shirts for about half the stay. We were accompanied by temperature at the 18 level - 20 degrees and sunshine. On colder days, the problem was not the temperature, but rather a very strong wind that periodically appeared.
Of course, other laws are governed by Etna. In winter, it is a regular ski resort with lifts located even at an altitude of about 2. 800 m above sea level. The regular ski season usually lasts until October to the end of April.

You can find more about interesting places in Sicily, accommodation, car rental and cheap flights in articles about Sicily - [click].
I especially recommend an entry for safe car rental in Sicily: Sicily: Palermo, Catania, Trapani - car rental without credit card and deposit? How to rent a car in Sicily? - [click]

Be sure to read a plan of visiting Sicily developed by me containing detailed sightseeing maps, information about attractions on the whole island with GPS coordinates for car navigation. All information can be found in the entry: Sicily - tourist attractions, sightseeing, monuments, map, car rental, vacation. Guide.

Give the article a good rating (5 stars welcome 😀)!
Below are icons that you can easily use share article, and at the top of the page a button to like the profile on Facebook. DO IT please! The blog is alive from visits and thanks to that it has a chance to develop. It's free, and is very important to me. Thanks in advance! 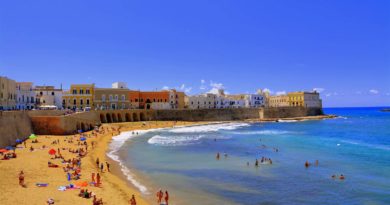 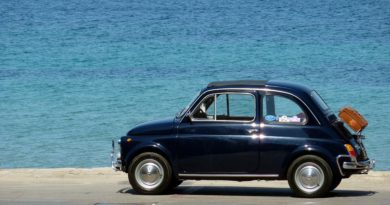 Sicily: Palermo, Catania, Trapani - rent a car without a credit card and a deposit? How do I rent a car in Sicily? 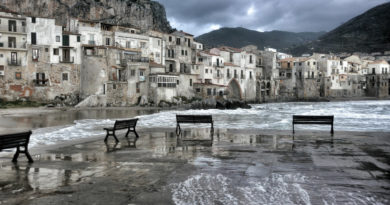 Cefalu (Sicily) - when you ask yourself, can it be more beautiful?

The power of attraction of castles Castles enjoy great popularity among tourists in Poland. They work like a magnet. Every year they attract each other

Solina and Lake Solińskie - accommodation, beaches, attractions. Where is the best place to stay at Solina? Map, routes, guide.