St. George's Castle (Sao Jorge's Castle) can be seen from virtually anywhere in Lisbon. Vast buildings, spreading almost over the entire hill, have been towering over the city for over 1000 years. The walls that we can admire here today were built in XNUMXth centuryraised by hands Moors. The Moors, after conquering the city, decided to fortify it strongly to facilitate their undivided and long control over this area. They knew the history of this place and would not want it to repeat itself. Olysipum (because that was the name of the city before the Moors who came from North Africa conquered it in the XNUMXth century), without proper fortifications, it was an easy target. This is probably why it changed hands so often.

The first Celts who were present here lost their territory to the Phoenicians. Then came the Greeks, then the Carthaginians, and then (in the XNUMXst century BC) the Romans. The latter decided to erect the first fortifications, but they were not very impressive. So they lost the city to the Suebi (one of the Germanic tribes), and these, in turn, had to recognize the advantage of the Visigoths a little later. Then the Moors appeared. They took Olisipo, gave it a new name Lishubna and in the XNUMXth century they started building a castle and defensive walls. It was then that the castle and the fortifications forming a closed ring were built, now known as Hearts of Moura (free translation: Ring of the Moors).

The reign of the Moors lasted for about 400 years (from the 1147th to the XNUMXth centuries). It ended in XNUMX when Lisbon was conquered by the Portuguese king Alphonsus I the Conqueror.
However, conquering the city was not so easy. Alphonsus I would not have been able to deal with this alone. He cleverly took advantage of the unique opportunity that presented him.

The greatest powers of Europe at that time, by preparing the second Crusade, created a common army. It consisted of a total of 13 Flemish, Frisian, Norman, English, Scottish and German crusaders. On the way from England to the Holy Land, the shipping army stopped on the coast near Lisbon and lent support to Alfonso I.
13 crusaders and 000 soldiers of Alfonso I began to storm the city. The Moors were ousted and Lisbon was conquered. As it turned out later, the unplanned conquest of Lisbon was the greatest success of the Second Crusade. After reaching the Holy Land, the crusade had no success and was a complete failure.

The new capital of Portugal

One hundred years later, the Portuguese capital moved from Coimbra to Lisbon, and the castle became a citadel and became the seat of Alfonso III. Over time, it was rebuilt on Royal Defense Palace but the changes did not end there. In 1375, thanks to the actions of King Ferdinand I, the castle and the city gained new, important fortifications. The king ordered construction the second, this time much wider ring of fortifications, also covering a large part of the city. In just two years it was built Cerca Nova (New Ring), also called Cerca Fernandina (Ferdinand's Ring). The previously unprotected parts of the city were sheltered by solid fortifications, consisting of a wall with a length of 5,4 km, equipped with 77 towers and 46 gates.
Some gates and fragments of walls have survived to this day in the form of more or less damaged ruins.

Curiosity:
Based on the materials available on the Internet, I was able to prepare a map showing the course of the fortifications and put it on the map of the route of our trip. Perhaps while walking around Lisbon you will accidentally stumble upon preserved fragments of fortifications.

When, at the request of Manuel I the Happy, it was built on the banks of the Tagus River Ribeira Palace, the king moved to him along with the entire court and the importance of the castle drastically decreased. The castle fell to the margins of events and slowly fell into ever deeper neglect. His situation worsened even more during the 1531 earthquake.
A brief hope of restoring splendor appeared during the reign of King Sebastian I, who commissioned the reconstruction of the castle, intending to use it as his official residence. According to the planned changes, one tower was demolished, but shortly thereafter, King Sebastian I suddenly disappeared without a trace. His fate has not been clarified until today. The most likely version of the events assumes that he died unnoticed in action during the Battle of Alcácer Quibir. The disappearance of the king meant that the reconstruction of the castle was not completed and only contributed to the deepening of the ruin of the building.
In 1755, another, even bigger, earthquake came. The castle suffered but did not collapse. However, the Ribeir Palace was completely destroyed, which took the palm of the priority from the castle for two hundred years. The palace was not suitable for reconstruction and was eventually razed to the ground. And the castle? The castle remained and persistently defended its position on the hill for the next 200 years. He stubbornly kept on fighting the last of his strength with the passing of time and the lack of interest until the XNUMXth century.

The XNUMXth century brought a breakthrough. The castle has undergone several renovations that have brought it to a state it has not been in for centuries. Today it happily pleases our eyes, proudly towering over Lisbon.
Despite unfavorable circumstances, it survived two major earthquakes and hundreds of years of unfavorable fate, remaining one of the oldest witnesses to the centuries-old history of the city. It has regained the respect it deserves and is enjoying the well-deserved interest of tourists.

To facilitate the search for accommodation, I will present here some interesting (in my opinion) proposals from the historic center of Lisbon (Alfama). Don't consider them "just the best". They are an interesting proposition and can be a good choice or a good starting point for further research. Clicking on any of these hotels will take you to the offer details and (perhaps even more importantly) will display a list of similar offers. Thanks to this, you will immediately gain access to a list of interesting accommodation, which you can then filter and view according to your preferences. 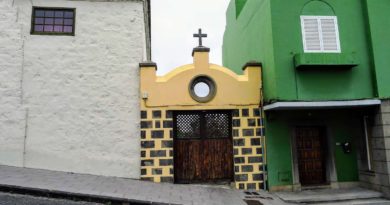 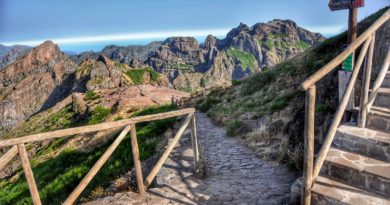 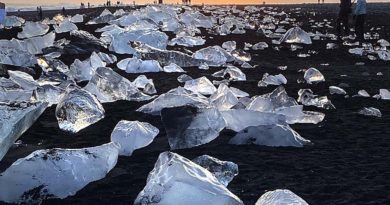