Tenerife is an island of eternal spring. You will often come across this wording. From our subjective point of view (inhabitants of temperate climate) it can be misleading. I will say more, definitely misleading.
Imagine an island on which the average daytime air temperature throughout the year does not fall below 20 degrees Celsius, and the water temperature in the sea in the coldest month does not fall below 18 degrees. Translate this to our conditions and at what time of year do you associate it? Of course summer !!!
Perhaps for the inhabitants of Spain, Portugal or Italy (where the climate is much warmer than ours), Tenerife is an island of eternal spring. For us - you can safely say - Tenerife is rather an island of eternal summer.

Summer in Tenerife is a guarantee of weather. On average, a rainy day happens in 1 a month, but rainy doesn't mean it rains all day. If you really are unlucky and you come across this one rainy day, it will probably be a small and fleeting rain that you will enjoy with pleasure.
It's hot in the south. 30 degrees and full sun is the norm. Expect temperatures around 25 degrees in the north.

In autumn, the number of rainy days in Tenerife gradually increases (4 to 5 days a month), but the rainfall intensity does not resemble those we know from our climate. They are not troublesome and they are not long-lasting. In principle, they do not disturb relaxation.
In the south of the island it is still very warm (around 25 degrees), in the north expect temperatures around 20 degrees.
The water in the sea is still warm as in summer.

Winter in Tenerife in terms of temperature looks like the turn of spring and summer in Poland. There are more or less 6 rainy days a month (in Poland it is definitely more) and the temperature is ideal for active exploring the island. Rains are not long lasting or bothersome (especially when it rains at night). If you want to escape somewhere in winter to recharge your internal batteries, this is a great place. Practically every day you are guaranteed a large amount of sunshine.
The temperature of the day in the south of the island is pleasant 20-22 degrees. In the north it gets a bit windier and the temperature falls to around 15 degrees.
Winter is the perfect time of year to observe the giant waves that crash into the north coast of Tenerife. The impression is amazing. The observation of how a wave is being built, which reaches a few or several meters in height and then with a giant bang crash into the rocks is difficult to describe.
I became hypnotized by this phenomenon. You won't see it in the summer.

In Tenerife, you want to live in spring. The number of rainy days (while I remind you that the term "rainy" is a bit exaggerated) falls to 3 in a month. The temperature in the south usually exceeds 25 degrees Celsius, and in the north it is usually around 20 degrees. It's like our summer.
If after the dark of winter you need intervention in order to break free from winter numbness, Tenerife will put you on your feet. That's for sure!

Teide requires separate treatment. The volcano is 3 718 meters high. The lower station is at 2 356 m above sea level. The upper station is already at 3 555 m above sea level
As the altitude increases, the air temperature decreases. The temperature drop is roughly 0,6 degree Celsius for every 100m height difference. When coming to Teide from a hotel located by the sea, i.e. from sea level, expect a significant drop in temperature.
At the bottom station of the queue the temperature should be lower by: 23,5 * 0,6 = 14,1 degrees Celsius than at the seaside.
At the top station of the cable car, expect a temperature lower by: 35,5 * 0,6 = 21,3 degrees Celsius than at the seaside.
These simple calculations show that when going to Teide in the summer you need to have some light extra clothing (softshell jacket, fleece) and winter clothing in winter. Driving in winter to Tenerife from Poland, you will still have a set of winter clothing in which you will dry from home. Don't forget to take her with you to Teide.

Below you can find live updated weather data along with the 7 weather forecast. Always by entering this entry you will receive current weather data. Under the weather data there is a map of Tenerife with marked locations which are affected by weather data.
This is one location in the north of the island and one in the south. 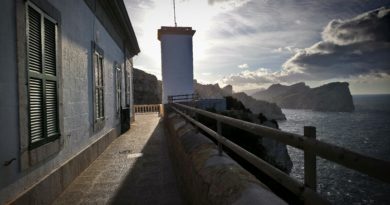 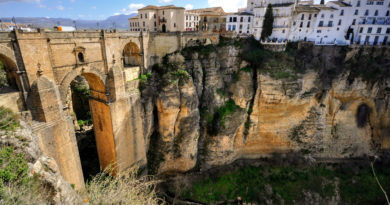