A wise Prusak after the damage

Gerhard's Fort, similarly to the West Fort described above, is one of the forts included in the Świnoujście Fortress. It was created as one of the elements of a comprehensive coastal, port and city defense system. However, to be precise, I must add that as a whole it was the first of all built forts included in the defense system of the Świnoujście Fortress.
However, the decision to build the fort was determined by one (somewhat bizarre) situation that took place during the First Prussian-Danish War. The Danes came up with the idea that a port blockade would be a great way to weaken the enemy. In the case of Świnoujście, they did it particularly well. With the help of one (!!!) frigate, they blocked Świna, the only entrance to the port in Świnoujście, for several months, causing paralysis and huge losses on the Prussian side.
It will come as no surprise that immediately after the blockade was dealt with, Prussia started building a fort. The main task of Fort Gerhard was to protect the Świna Strait and the port.
The name of the fort comes from the name of Gerhard Cornelius de Walrawe, a Prussian general and architect specializing in the design of fortifications, who prepared the initial plans for the fort in Świnoujście (he was also the designer of the extension of the Kłodzko Fortress and fortifications in Szczecin, Nysa, Brzeg, Głogów, Koźle and Świdnica) .

From the fort to the vegetable warehouse

Since its inception (in the years 1848-1859), along with the rapid development of military technology, the fort was rebuilt and extended many times. Several countries were involved in the changes in the appearance and function of the fort, and it happened every time the city changed hands. There were so many changes and interference that listing them all would ensure me a nomination for the most boring text in the world.

After World War I, under the provisions of the Versailles Treaty, the fort was partially disarmed, but all the time, until the end of World War II, it played an auxiliary role for the German navy. It is worth mentioning that it was from the Świnoujście Fortress that the battleship "Schleswig-Holstein" sailed on August 24, 1939, after being equipped with combat ammunition. He chose the course for Gdańsk, where on September 1 at 4:48 he fired on Westerplatte, starting World War II.
After World War II, until 1962, Fort Gerhard was in the hands of Soviet troops, and when the Soviets left it, it served as a vegetable and fruit warehouse for several years. Then it was completely abandoned and self-degraded.

Since 2001, the fort has been open to visitors in the form of a fun and engaging military training conducted under the watchful eye of a somewhat "mean" and "vile" Prussian soldier. Visitors walking around the fort in an interesting way learn about its history, interesting facts and ... they undergo several tests in which they have to prove that they are fit for a soldier. I won't say anything else, so as not to spoil the fun. But don't be afraid! Among the people who successfully completed the training, there are several-month-old children and a 102-year-old woman!
The organizers boast that over 0,5 million recruits have completed the training so far. Already today they form the largest army in the world, which is getting bigger every day. You too can join the 34th Fusiliers Regiment! Visit Gerhard's Fort!
The tour lasts about 75 minutes, and time flies so fast that the tour ends whenever everyone wants to ...
The route is prepared in such a way that even the youngest children can visit it and it is accessible to disabled people.

During the summer season, groups depart every 30 minutes. 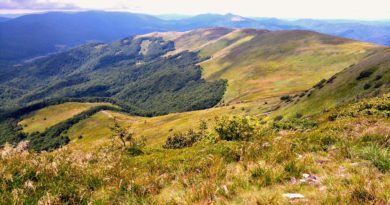 Tarnica - the trail from where to exit, map and description of the way to the top, parking lot 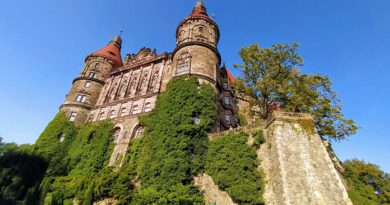 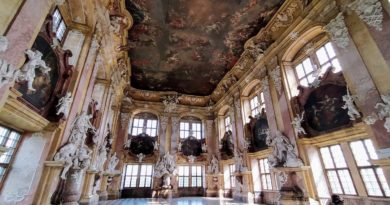