We invite you to the earthquake

Every week in Iceland, seismographs detect on average 500 (!!!) earthquakes. Yes, this is not a mistake. The earth in Iceland is shaking every day and it is shaking in many places simultaneously. From time to time the number of quakes periodically increases 🙂
Out of curiosity, at the time of writing this text, I entered the one available on-line earthquake monitoring map around the world and checked if anything in Iceland was shaking in the last 24 hours. And what? Please! Here is the map:

The red dots and circles represent the location and intensity of the earthquakes. It is clear that there were about a dozen earthquakes during the last 1 hours, most of them near Reykjavik. In the list of quakes, which (after entering the above page) is to the left of the map, you can see that the strength of all of them was between 2 and XNUMX magnitudes.
For reassurance, let me add that earthquakes up to magnitude 4,8 are considered harmless, and those below 2,0 magnitude are seldom felt by humans.

When going to Iceland you can be sure that you will hit several earthquakesmost of which you most likely won't feel (unless you focus very much on finding them). It is also likely that you will hit a feelable but safe shock. Such a shock took place twelve days ago from the moment I write these words (exactly on September 2, 2021, 7.3 km north of Hábunga, in the southern part of Iceland). It had a force of 2,9 magnitude. Earthquake report you can see here - [click]

It remains to ask ourselves: is it normal?
It is not on the continent with us, but in Iceland, yes. Why?

At the meeting point of continents

The reason for such high seismic activity in Iceland is its location. Iceland is located on where two continental tectonic plates meet: North American and Eurasian plates. The border between the continental plates divides Iceland practically in half.
It is clearly shown in the picture:

It is clearly visible that the left part is on the North American plate and the right part is on the Eurasian plate. A gigantic rift passes through Iceland, between two monstrous fragments of the earth's crust. This fracture stretches across the globe, almost from the North Pole to the South Pole. It's called: the Mid-Atlantic Ridge.

Looking at the picture above, it's easy to see that virtually all of this absolutely spectacular crust fracture lies beneath the ocean's surface. Only in Iceland it goes above the surface of the water, giving us the only chance to admire it without having to penetrate the depths.
But that's not all. These two unimaginably large tectonic plates are constantly drifting apart! Yes! You think well! The distance between them is constantly increasing. This happens at a speed of about 2,5 cm per year. Of course, no hole is created at this point through which you can see into the interior of the earth. The empty space is immediately filled with liquid material from the hot interior of the earth, which the closer to the surface, the cooler it becomes, and finally solidifies to form rock. So Iceland widens along the rift exactly 2,5 cm per year.

Of course, there are also often deep and narrow gaps that look very effective. Especially if you realize that both sides of the rift belong to different continents. Some of these gaps are filled with water. The attraction of diving in flooded fissures between two continents (specifically in Silfra Rift). The specific conditions ensure that the water in them retains exceptional transparency, allowing for underwater observations with a range exceeding 100m.

You can watch a short video of diving in the Silfra Rift below:

Diving in the crevice is possible only under the supervision of authorized persons (regardless of whether you have any diving qualifications or not).
You can book a diving date make via the Internet - [click]. At this link you will find offers from several companies. They have a different duration and range of services. Everyone will find something for himself. You also have some current suggestions below.

Time for an earthquake

Knowing that adjacent continental plates keep moving apart, it is easy to imagine where these incessant low-intensity earthquakes are coming from. The reason is movement, the proximity of the plates and their interaction with each other.
For the sake of curiosity, I put on top of the two pictures we already know: a picture with red dots, indicating earthquakes from the last 24 hours, and the one showing the course of the crack dividing Iceland in half. What came out? Look! The areas overlap nicely, don't they?

The whole reasoning you've just read was to get a better understanding of what Thingvellir National Park really is. It is a short fragment of the Mid-Atlantic Ridge, a gigantic fracture of the Earth, almost entirely hidden under the waters of the ocean, which on a tiny fragment, right here, protrudes above the surface of the water. While walking through the park, you will be walking in the middle of this crack. The path runs along an ocean rift, but on the surface of the land.
Take a look at the picture below. Cross section of the Mid-Atlantic Ridge on it. The left side is one tectonic plate and the right side is the other. A valley runs in the middle between them. This valley is a rift. The walking path in the Thingvellir National Park follows this rift.

While strolling Thingvellir it is worth going to the waterfall on the river Oxara, or Oxarafoss (foss = waterfall). By the path, there are information plates that will easily lead you to it. The waterfall is not huge but very picturesque. The water of the waterfall falls in and then flows along one of the largest tectonic fissures: Almanaja ... although "slit" may not be a well-chosen word, because in some places it is several dozen meters wide. You will walk along it.

Thingvellir is extraordinary not only in terms of nature. This is probably the most important place in the history of Iceland. The name of the place says it: thing = parliament, vellir = plain.
The Icelandic parliament, i.e. Althing.
Any citizen could observe the proceedings, but only clan leaders had the right to vote.
Althing was called from a characteristic rock called Logberg (translated from the Rock of Law). From the same rock, speeches were given and the contents of the judgments were announced. The rock is accessible to tourists today and is accessed by a characteristic footbridge. You will definitely find her.

The Althingi was called once a year. Usually this happened in mid-June, and the deliberations usually lasted about two weeks. It operated there for over 750 years (until 1799), and then it was moved to Reykjavik.
Icelandic Althing is the oldest in the world, the parliamentary assembly that functions to this day.
In Thingvellir in 1000 the Icelandic people announced the abandonment of the pagan Asatru (Old Norwegian belief system) in favor of the Christian religion, and almost a thousand years later (June 17, 1944) the full independence of the Republic of Iceland was declared.
Thingvellir National Park is located on UNESCO World Heritage List.

While walking through the Thingvellir Valley, you will come across a pond called Drekkingarhylurover which the bridge runs. The water that first falls from the Oxarafoss waterfall and then flows through the Almannagja fissure ends up in this pond. Drekkingarhylur (literally: Drowning Lake) is beautiful and awe-inspiring to people unaware of its dark history. It was the place of execution of women sentenced to death for infanticide, adultery, incest and witchcraft.
The death penalty (in this case by drowning) appeared in Icelandic law in 1564 after voting and introducing the so-called The Great Verdict.
The first execution took place in 1590. The victim of execution was an 18-year-old woman who became illegally pregnant with her cousin. However, the official sentence did not sentence her to death for any of the offenses listed above. She was convicted of perjury because she swore she was not pregnant.
The sentences were carried out by throwing a tied woman covered with a sack into the pond, and then holding her under the water with long wooden poles.
By 1749, 18 women were executed here.
Brrrr ... a shiver ran down my spine even now.

In this area of ​​Thingvellir, death sentences were not only carried out on women. Historical sources contain information about 54 men executed here (30 by beheading, 15 by hanging and 9 by burning at the stake). Theft was then considered the most shameful crime.

Visiting the park is not complicated. There are several paths here, but there is no way to get lost. To make it easier, of course, I have prepared an appropriate map illustrating the location of the most important points and the proposed sightseeing path. The walk from the parking lot to the farthest point in the park and back will take you around an hour (maybe a little more).

Map numbers:
1. Oxarafoss waterfall
2. Almannagja Rift
3. Wink of Drekkingarhylur
4. Rock of Logberg
5. Viewpoint at the top of the Mid-Atlantic Ridge

There are five car parks in the park. All car parks are paid (500 ISK). I suggest using the P2 or P1 car park as there are toilets right next to them.
The toilets are theoretically paid (200 ISK), but during our visit they were free and open to the public.
There is also a small gastronomy and a souvenir shop next to the P1 car park.

If you are traveling with a mini camper, it may be valuable to know that there are two campsites near Thingvellir

A year-round, large campsite (covers the area on both sides of the access road). Distance from Thingvellir - 3,5 km

Open from June 1 to September 1, located on an abandoned farm. Distance from Thingvellir - 9,5 km

If you are looking for hotels, check it out at this link - [click]. After clicking on the link, I suggest that you immediately click on the option at the top "Price: (lowest first)”Because the default order shows rather expensive offers in the first place. The closest hotels are located about a dozen or so kilometers from the park.
Below are some suggestions that you might like. 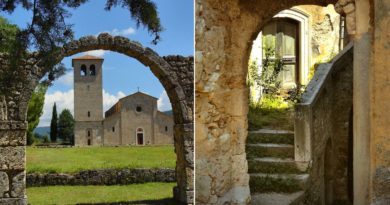 Holidays in Italy for free - San Giovanni in Galdo offers 40 weeks for free! 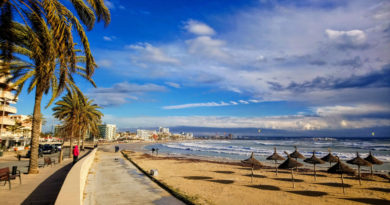 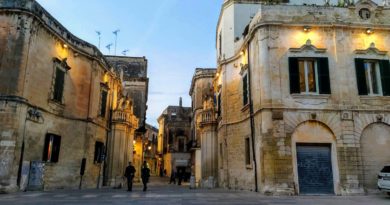