Career of the Golden Circle

Before 2010 The Golden Circle did not exist yet. It didn't appear until 2010 as a marketing idea to promote Iceland. Iceland was fresh after an economic collapse (in 2008) and the eruption of the Eyjafjallajökull volcano (in 2010), which temporarily stopped air traffic in Europe and much of the world.
The media often talked about Iceland, and the Icelandic government probably recognized that it was not the context (good or bad) that mattered, but the fact that they were speaking. He took actions thanks to which the media hype about Iceland was to help promote the country as a good tourist destination.
The ambitious assumption was adopted that the measures taken should increase tourist traffic in Iceland to the level of 1,3 million tourists in 2020. One could say that it failed ... but it is quite a perverse claim, because the level of 1,3 million was exceeded five years earlier than assumed, that is already in 2015. In 2020, however, came a pandemic and a sharp drop in visits. So if we were to adopt 2020 as the target date of the campaign, we could say that it failed ... but we know well that this is not the point.
In 2021, the tourist traffic has significantly revived, and photos from Iceland, which have been spreading on the Internet in large numbers since 2010, guarantee an immediate return to the visitor records as soon as pandemic restrictions allow it.
He was a tourist camp horse The Golden Circle, a group of three unique, unique and spectacular attractions, located within a reasonable distance from the capital and the main airport of the island.

Iceland in a nutshell

Everything has been perfectly thought out. Everyone, literally everyone who came to Iceland, even for a short time, for the weekend, had within reach (and still has) the insane places that quickly became the media showcase of the island. A gigantic, overwhelming waterfall, geysers unique in the world, hot springs, thermal springs, the most important place in the history of Iceland, the division and rupture of two continents, the possibility of diving between two tectonic plates ... could be exchanged for a long time. All within a one-day trip. In a few hours you could see Iceland in a nutshell.
With time, the trips began to get wider and wider, explore more and more, more inaccessible areas of the island. There are new ideas, new forms and ways of visiting and traveling in Iceland. More and more amazing photos appeared on the Internet, presenting the unique nature of the island. Tourism success was a matter of time, a short time, and today it is already a fact. Iceland, although terribly expensive, attracts a lot of people, and even more dream and collect money to come and see the wonders of nature with their own eyes.

As the map shows, the entire loop is 241 km long and the journey itself takes about 3 hours and 20 minutes. Add to this about 4 hours to visit the attractions themselves, and how easy it is to count the entire trip will take you approximately 8 hours.

Attractions of the Golden Circle

First, a few words about the three basic attractions on which the concept of the Golden Circle was built. As I mentioned before, there are no hole plugs here. Each of them is unique in the world.
In this article, I will describe them in just two or three sentences, but I have prepared a separate, detailed entry for each attraction. You will find there a lot of interesting information and a handful of practical information, such as coordinates of parking lots at attractions, sightseeing maps with detailed descriptions, or a lot of interesting facts. So I recommend clicking on the links I have posted.

Thingvellir lies on the border between the tectonic plates of two continents: North America and Eurasia. The walking path in the park runs exactly between the coastal dams of both continents. Pak is also a place that many Icelanders consider the most important in the history of Iceland. The Icelandic Parliament had convened here for over 930 years since the year 750.
More information about this place can be found in the special the entry dedicated to Thingvellir - [click]

2. Geysers: Geysir and Strokkur and the Haukadalur geothermal area

Absolutely fantastic geothermal valley area dominated by two geysers. The first is Geysir. World record holder for the amount of water that is currently resting (sprinkles once a year or less). The second geyser, called Strokkur, spouts every few minutes and sometimes it gets really high.
There are not many active geysers in the world, and there are really few that shoot water so often and so high. A beautiful place and an amazing attraction that evokes a lot of emotions.
Learn more separately entry about geysers: Geysir and Strokkur and geothermal area - [click]

When standing over Gullfoss, it is much easier to understand how great is the strength and power of nature. The waterfall is very impressive. Beautifully situated, with specially prepared viewpoints, one of which is right in the middle of the waterfall. In fact, I had to be pulled away from him by force. A place difficult to describe and at the same time one that you can come back to an infinite number of times.

Other attractions nearby the Golden Circle

Visiting the Golden Circle should be supplemented with one or two places that can be visited on the way back. You can just see another cool thing without making your way up the road and stretch your legs at the same time. Take into account that the proposal to extend the Golden Circle route is mainly for the summer months, when the day is very long or does not end at all. In winter, the day is so short that it will most likely be dark on the way back from Gullfoss.
A good idea for interesting summer photos is to visit some places at night. In summer it is bright all day and at night the sky looks like an endless sunset. I don't have to say how the pictures come out then. I omit the issue that everything is empty then (attractions are available 24 hours a day, without restrictions).

One of the most popular places that extends the possibilities of the Golden Circle is the crater of the extinct volcano Kerid. A beautiful, colorful place! The area is entirely covered with red, volcanic gravel, which is covered with green vegetation here and there, and at the bottom of the volcano there is a blue-turquoise lake. You can go down to the lake because there is a comfortable path leading to the bottom of the volcano.

5. Diving in the Silfra Rift

The Silfra Rift is located within the Thingvellir Park. Silfra is a water-flooded fissure that is located between the tectonic plates of two continents. When you dive in a fissure, you find yourself in the narrow space between these continents. The extraordinary impressions are enhanced by exceptionally clear water with visibility well over 100 meters.
It is not possible to dive into a fissure on your own. This can only be done under the supervision of authorized persons and tour operators.
Here is the link to the offers dives in the Silfra fissure - [click]and below are some specific suggestions.

If you have some time, you can opt for a bath in Hrunalaug hot spring near the town of Fludir. The swimming pool used to be wild and free, today it is a bit more famous and you can often meet people here. The owner of the bathing beach at the entrance has placed a box into which the fee should be transferred. There is also an information sign where everyone takes a picture 🙂 What is this sign? Surprise!
If there is no water in the spring, the owner has become upset and the water has been temporarily cut off. He is said to do it from time to time, because he is annoyed by the tourist traffic that attracts the spring.

If you prefer a little more civilized place, you can go to Secret Lagoon also near Fludir. The water in the lagoon has a constant temperature all year round: 38 - 40 degrees Celsius.

7. Bruarhlöd canyon on the Hvita river, and river rafting

You can also see the Bruarhlöd Canyon from the mainland (although the view from the river is more exciting). If you are traveling with your own car, I give the coordinate of the parking lot next to the canyon.

How to visit the Golden Circle?

You can arrange a visit to the golden circle in two ways: rented car or with an organized tourwhich you can book online.
You have to judge for yourself which version is more suitable for you. Sightseeing with a rented car will be more expensive, but you have full freedom to organize the time and places you see. If you have no experience in renting a car, you do not know where to look for good deals and how to find the cheapest and best deals, my entry about car rental in Iceland - [click]which will explain everything step by step. I recommend checking this option first.
If you decide to use a ready-made trip proposal, I suggest you search database of tours around the Golden Circle - [click]. Proposals come from various travel agencies and organizers. You will find many versions of the Golden Circle tour, with additional extensions and attractions. The color of your choice. You can choose the option that interests you the most.

The entry you are reading is an element prepared by me Iceland sightseeing plan. Most likely, everything you need to prepare for your trip to Iceland can be found in this entry. Weather, accommodation, car rentals, tourist attractions and a map of a trip around Iceland ... all in one place: Iceland - map and sightseeing plan, tourist attractions, excursions, the most beautiful places - [click]. Be sure to read!
5/5 - (62 votes) 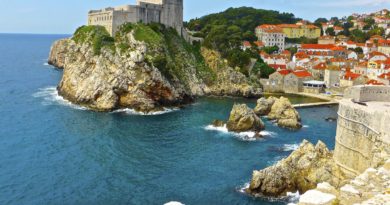 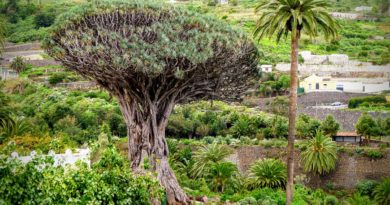 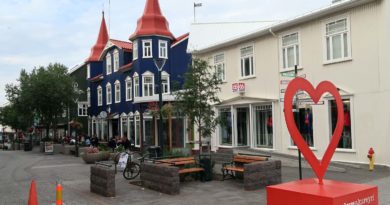